How has Vermont's population changed over time?

Every ten years, the United States counts the number of people in each town, in each state. This count is called the census. Click on a county and then find a town to see how Vermont's population has changed over the years. Or switch to a list of towns. 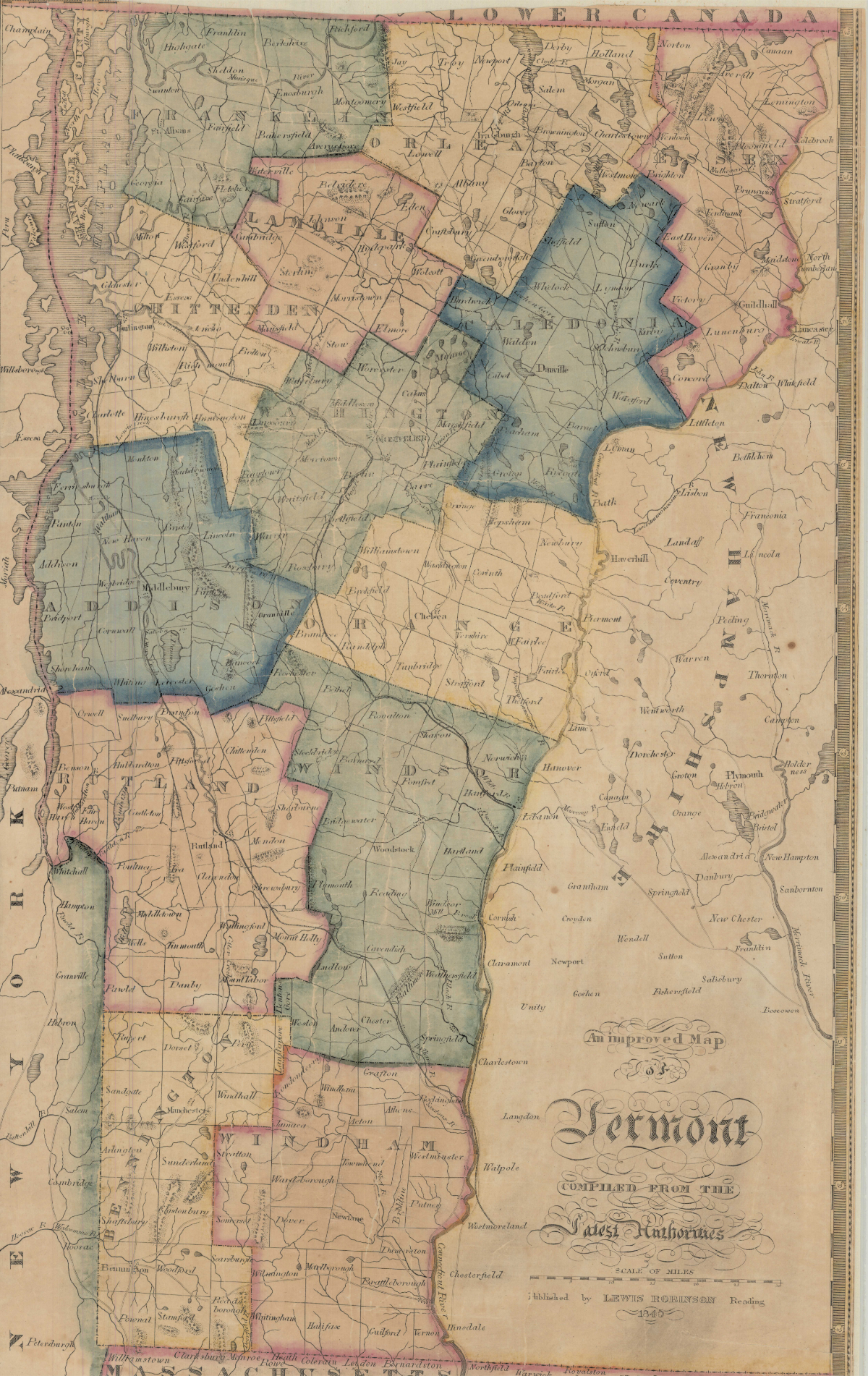 This map by Lewis Robinson shows Vermont's county boundaries in 1850. The census records on this site list towns by current counties and current names. For example, the census numbers from Kellyvale are counted as the town of Lowell because the name was changed in 1831. Cabot is included in Washington County records, even though it was in Caledonia County through the 1850 census.

Teachers & Parents: Use the census numbers to combine history and math. Have students calculate the amount of population change between different points in time. Create bar graphs to show when Vermont's population has decreased or increased. Make pie charts to compare the sizes of Vermont population by county. What are other ways students can use census numbers to investigate Vermont history?

These census records were collected from a variety of sources and may be different from numbers in other sources. Please contact us with any corrections.

Copy and paste this citation to show where you did your research.

Did you know means ?